It’s going slow for me in screenwriting land right now.

Like most writers who have to somehow pay the bills, I have a day job that has nothing to do with filmmaking.  Actually I have two jobs.  The first is my freelance graphic design business — Jaime Vallés Design — which I started in 2011.  It’s been going very well, especially lately.  Some of you might think “oh, he’s a freelancer, he can work and write whenever he wants!”  The reality is that I work whenever jobs come up.  And, of course, the jobs all landed on my lap at the exact same time that I started writing the script for ANOTHER JONATHAN.  Granted, that’s a good problem to have when the bills are piling up, but it’s still a problem for the progress of my independent feature film.

My other job is probably not one you’d expect: I sing with the chorus of the New York City Opera.  Right now we’re rehearsing two operas (Moses in Egypt and La Périchole) which means cramming music, text, and staging 11am-2pm and 3pm-6pm Monday through Saturday until the middle of April.  That’s a lot of singing.  Couple that with the pile of design projects I’m trying to complete in the near future, and you can see why I haven’t been writing as much as I’d like.

I want to make it clear that I’m not complaining.  On the contrary, I feel blessed that I get to work in the arts for a living.  I assume most folks trying to write screenplays have to deal with mind-numbing office jobs or waiting tables or (the horror!) being a telemarketer.  I get to sing and make art every day, and get paid for it.  I’m one of the lucky ones.  And I am eternally grateful for that.  But I want to finish writing this script.  I have to.  So I need to figure out how to carve out a few hours every day to try and get the first draft on the page (screen?) before somebody else steals my idea for the movie.

Speaking of which, I haven’t revealed what the film is about, have I?  Well, ANOTHER JONATHAN is… being kept under wraps for a while.  I’ve come up with what I believe is a unique way of telling this story, so I don’t want anyone else to beat me to the punch.  I’ll clue you in later on, possibly once the script is finished and I’m about to start production.  But until then, mum’s the word.

In the meantime, I just have to keep shaking the ketchup bottle of life* until some kind of spare time plops out that I can use to finish writing this thing.

*Did you know that the easy way of making the ketchup pour out of a Heinz 57 bottle is by tilting it and hitting the little number 57 that’s embossed on the glass with the palm of your hand?  It works every time I try it! 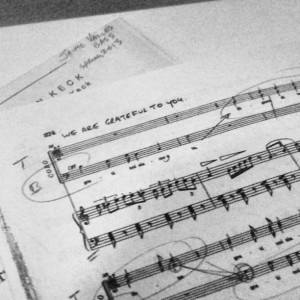